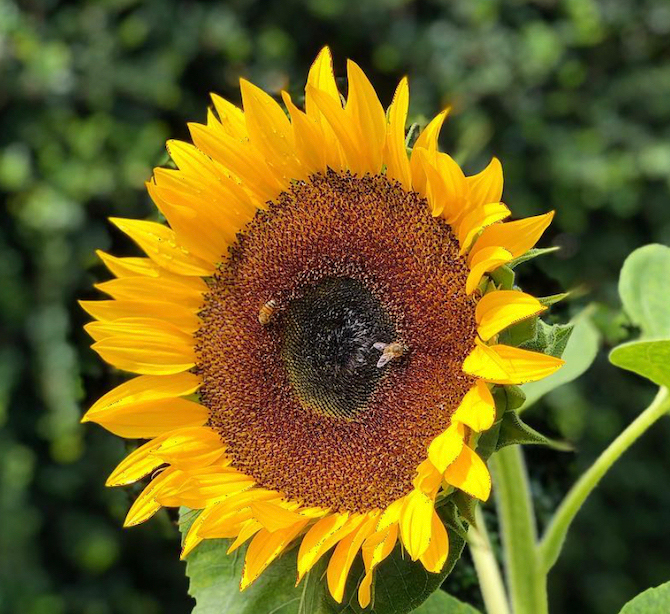 Lord: it is time.
The summer was immense.
Lay your shadow on the sundials
and let loose the wind in the fields.

Bid the last fruits to be full;
give them another two more southerly days,
press them to ripeness, and chase
the last sweetness into the heavy wine.

Whoever has no house now will not build one anymore.
Whoever is alone now will remain so for a long time,
will stay up, read, write long letters,
and wander the avenues, up and down, restlessly,
while the leaves are blowing.

The winery is pristine and quiet. Everything is clean and polished and serviced and waiting with bated breath…

When it happens, it happens and there is no holding back – people, voices, shouting, calling, laughter, machines, picking boxes, tractors, and grapes and juice and leaves with beautiful bunches and spoilt berries. Organised chaos driven by joy and expectation. The culmination of a year’s back breaking work in sun and rain. The end of summer. And the arrival of autumn.

I love this time of year. The cool mornings and mild sunny days. The winery buzzing with everyone working hard, making sure only the best berries end up in the tank, the excitement and camaraderie. 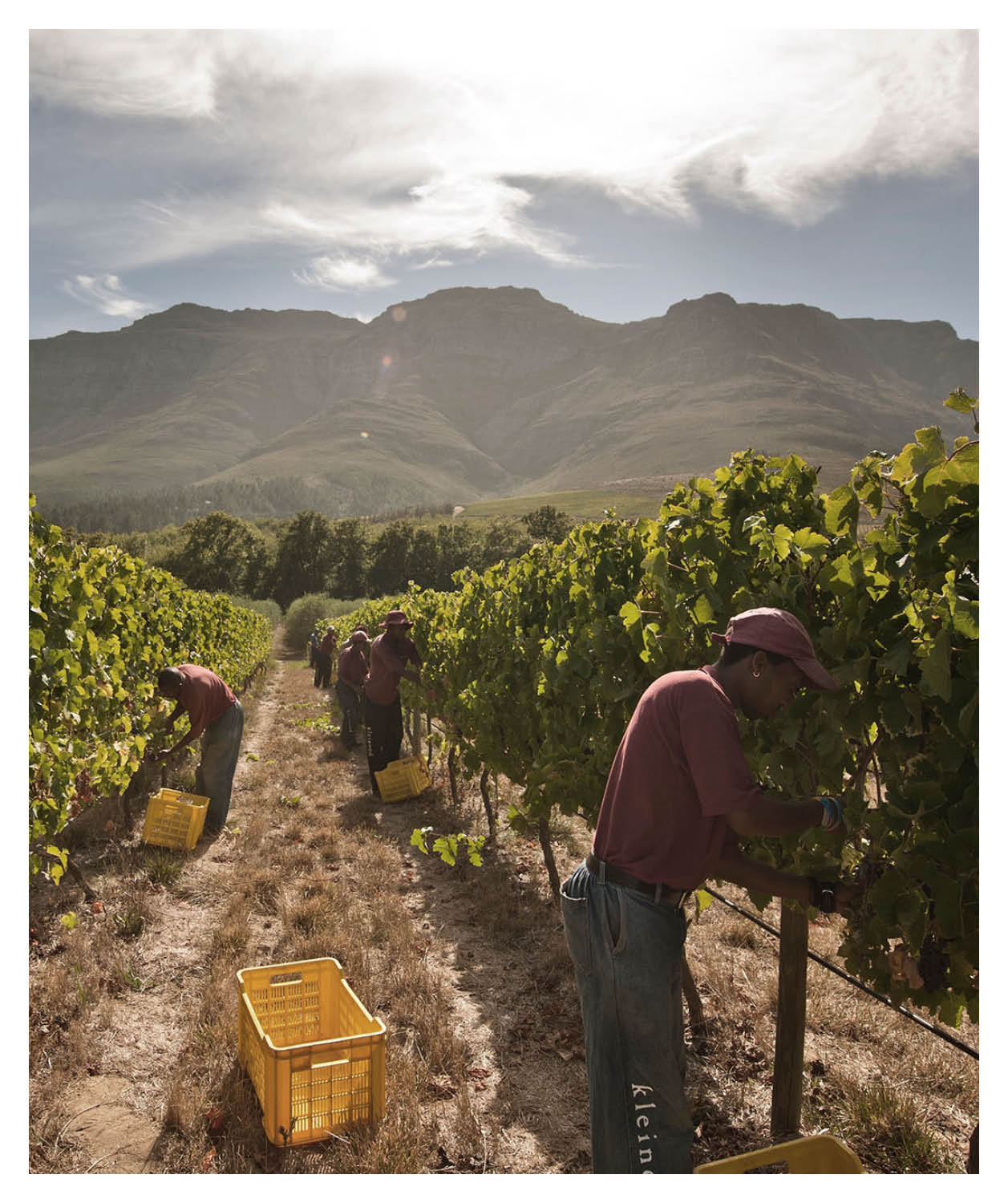 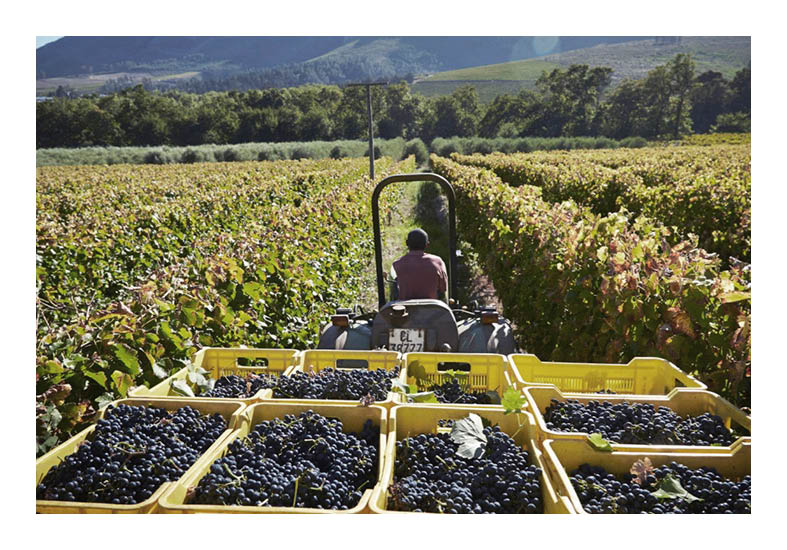 The start to harvest was slow with the anticipated date of harvest being 10 days later than usual. However, as mother nature works according to her own plan and in her own time, and a few really hot days at the beginning of February brought the harvest date 3 days earlier than 2021. 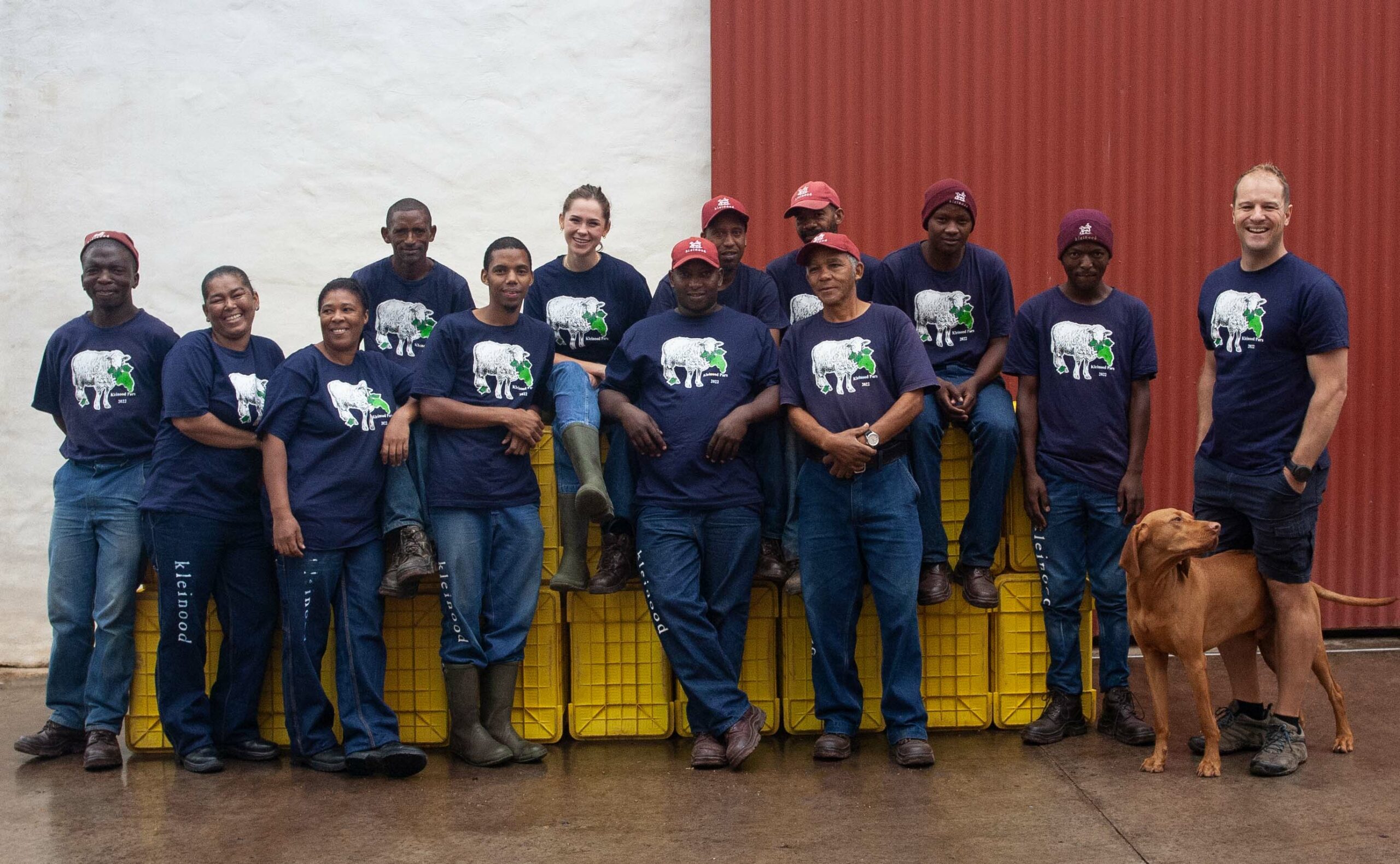 The Viognier 2022 grapes came in looking really good with great aroma intensity and complexity. Acids are slightly lower than previous years, due to the hot weather, but working with the stainless steel fractions will keep the usual freshness in tact.

Fast forward 2 weeks to an exciting first in the winery: some Grenache Blanc destined for The Kleinood Table coming in from the Swartland, along with our Rousanne. Both varieties are getting good skin contact to make sure we get the phenolics out of the grapes to produce wonderful texture!

Then the first Rosé, for our barrel fermenting fraction, started coming in. These were kept on the skins overnight, ensuring good flavour and body. Then our lighter fraction followed. Both lots showing so much promise, and hopefully we will have enough this year to not sell out in 6 months! 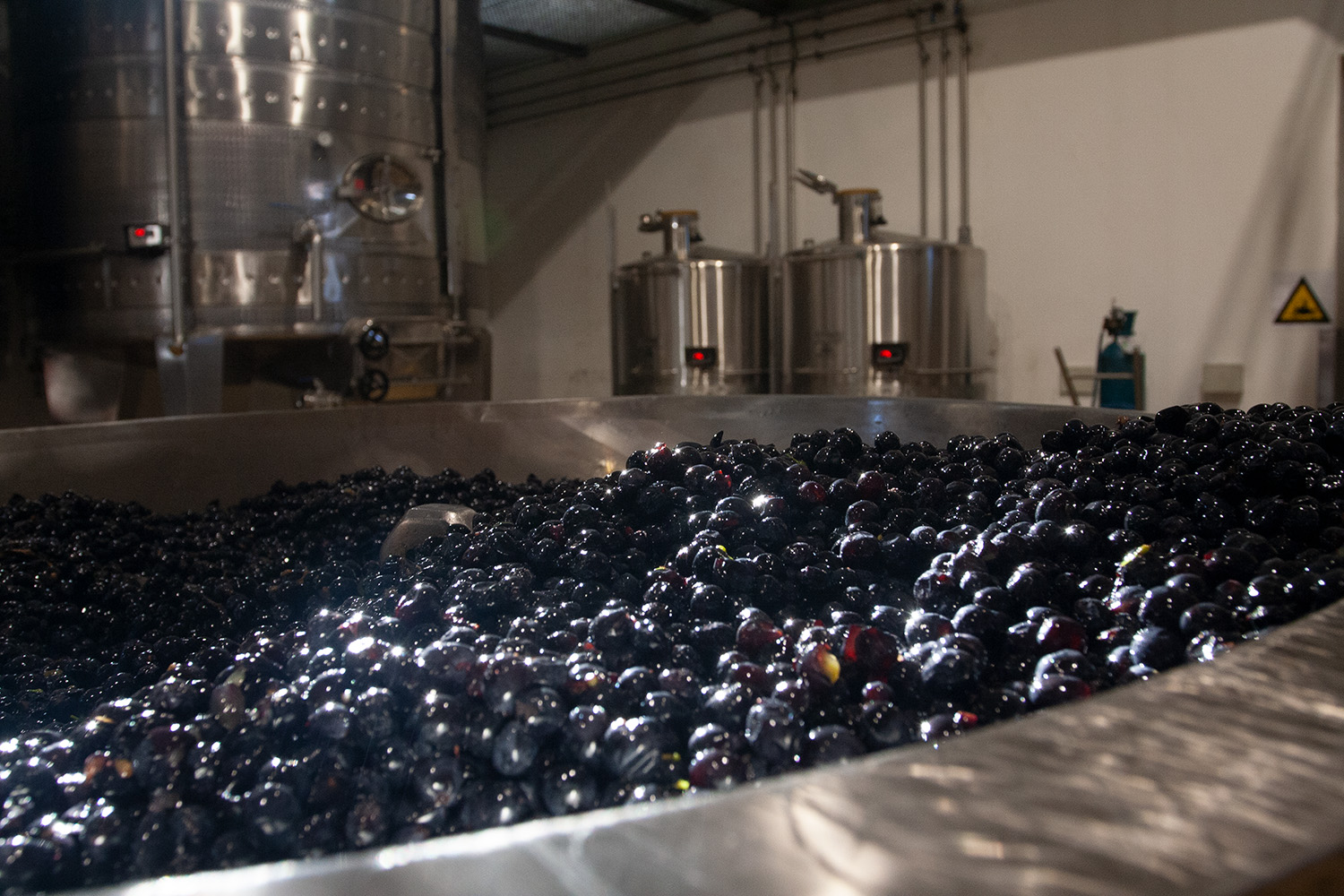 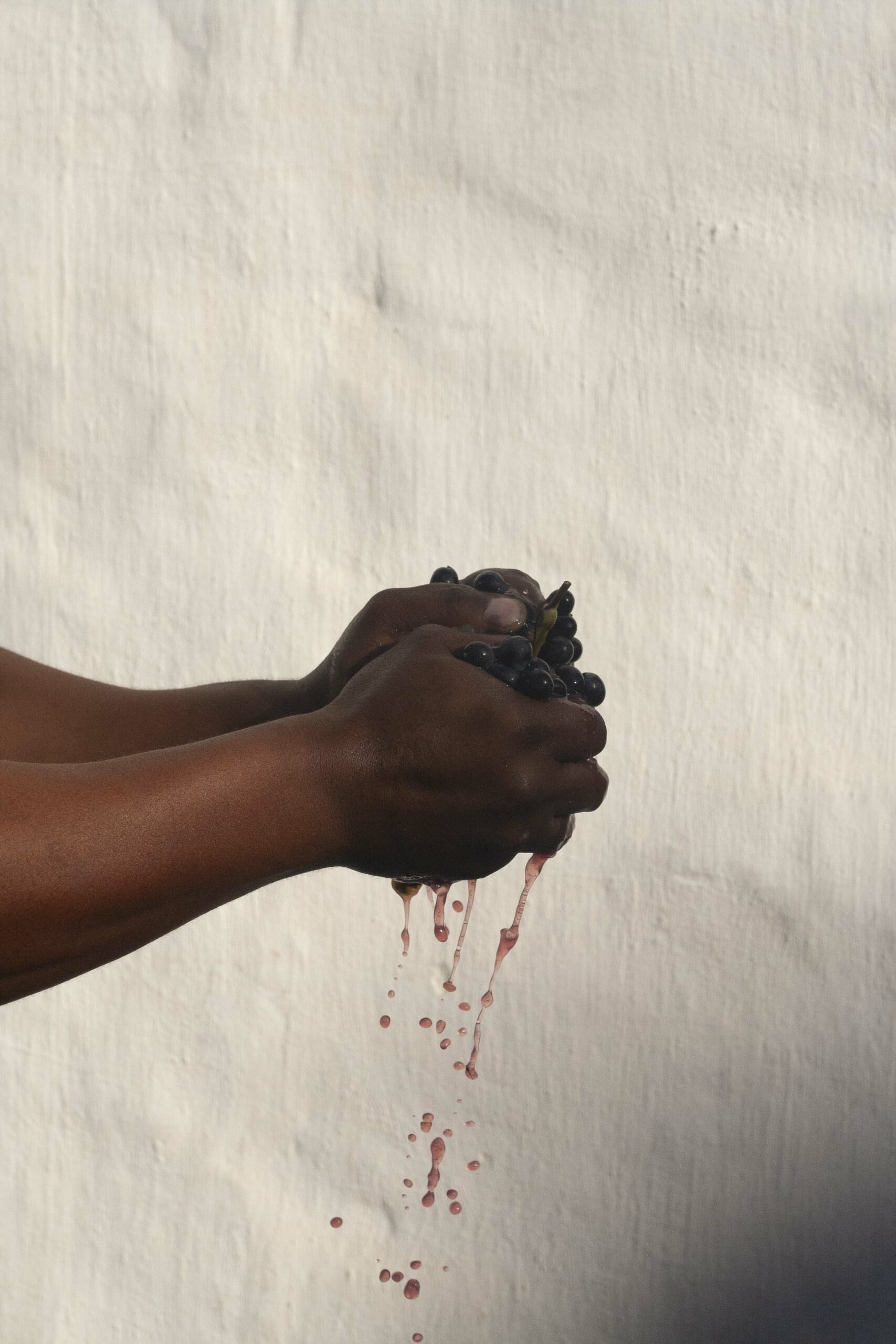 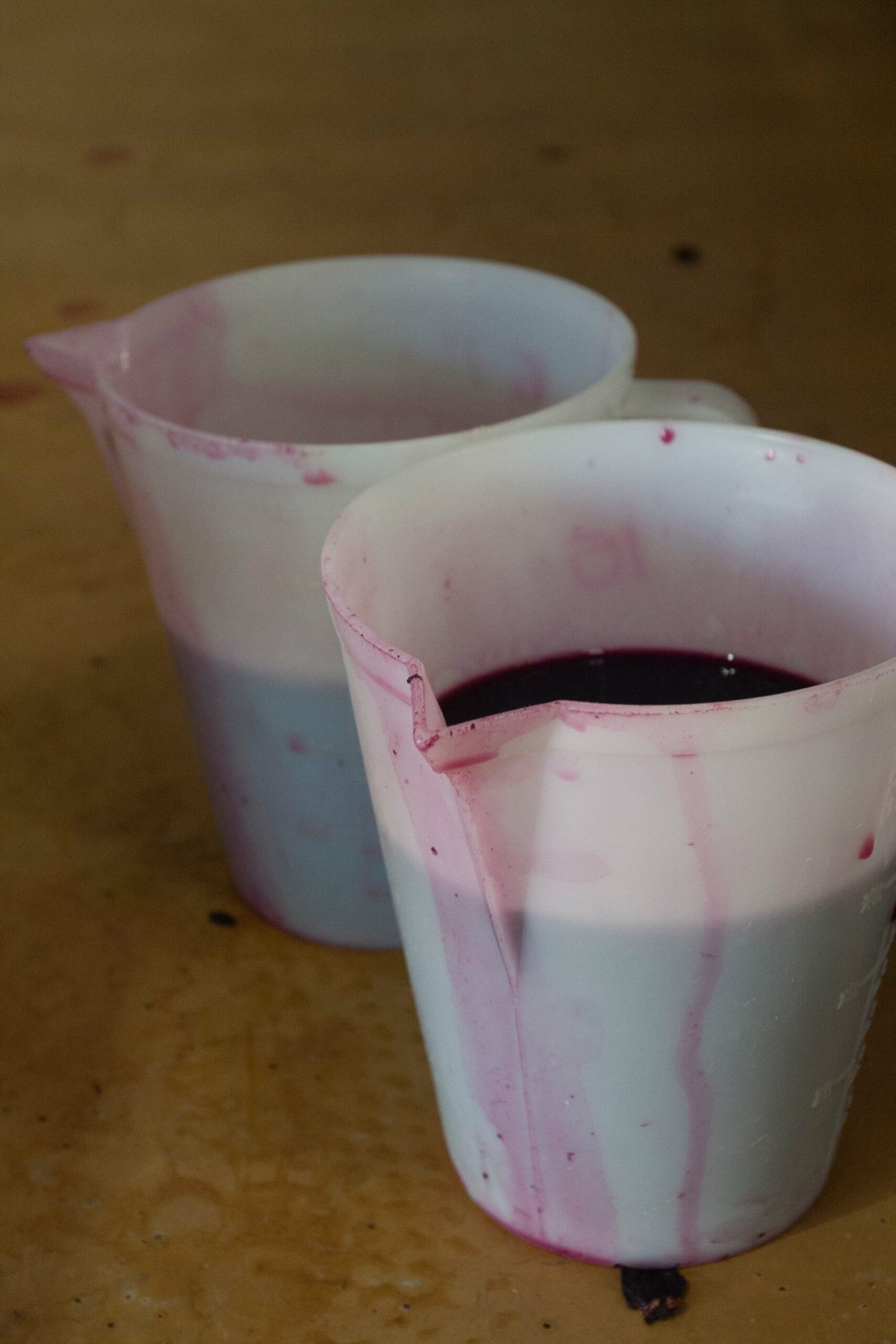 With Syrah fermentation aromas floating around in the cellar came a small reprieve from the chaos with the 10mm of rain and two days cool weather, giving us time to prepare for the pressings and creating some space for the last half of grapes to still come in.

A week after the rain the grapes again started coming in. And did they come in, the tanks filled up really quickly and the aromas in the winery are intoxicating. I’m very happy to say that the effort we put into the vineyards paid off without any rot entering the winery. The pressed grapes are now in barrels undergoing malolactic fermentation where the patience game is being played.

The last grapes, picked on 24 March, were dedicated to the John Spicer fraction from vines that grow on a pocket of rocky soils. The juice is showing really good concentration for a wine that is still undergoing fermentation. In summary Harvest 2022 was really good!

Decisions made in the winery were based on quality and not logistics. I’m very excited to see the end result and to get some Viognier and Rose in the bottle as soon as they are ready.

But, now to harvesting olives. 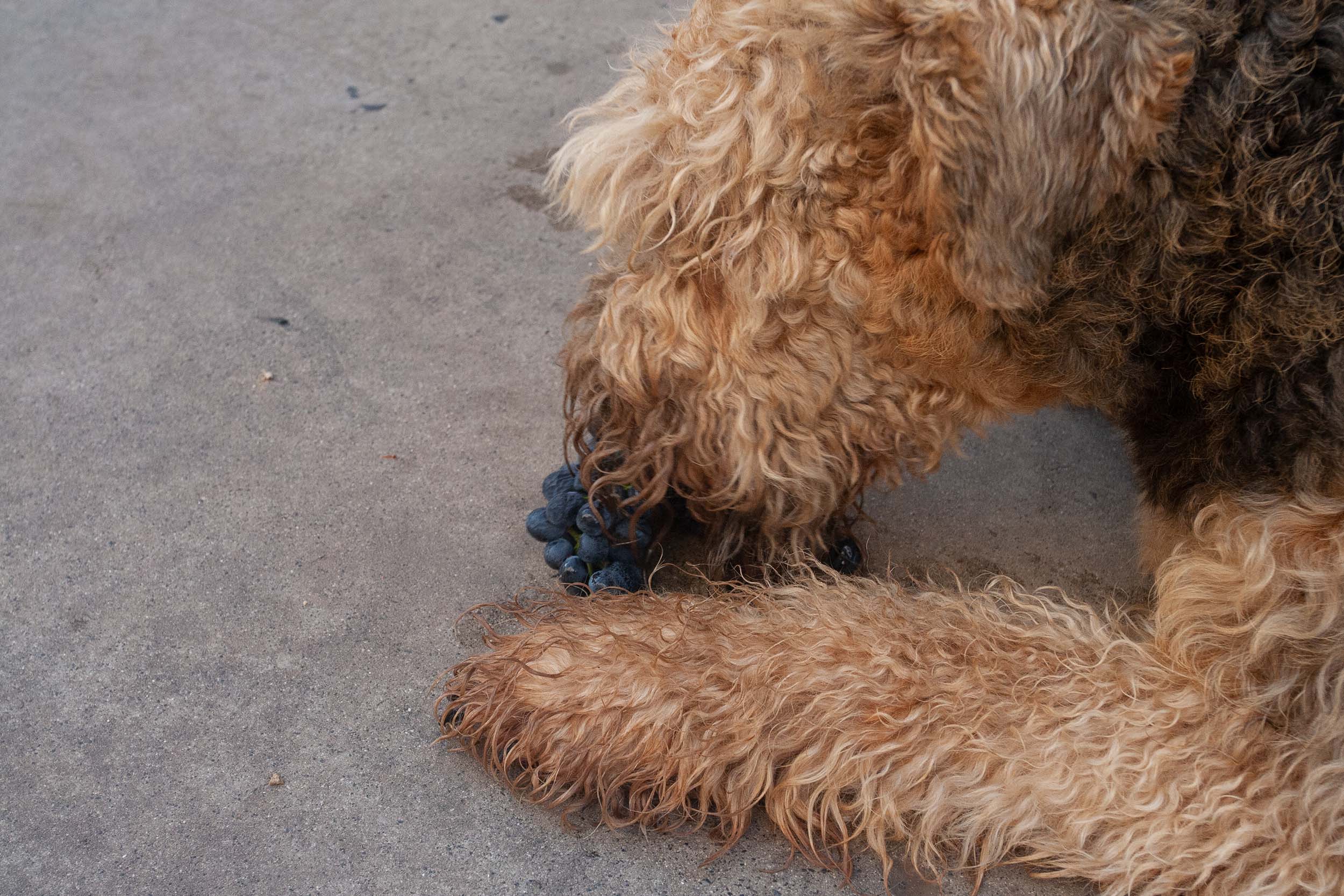 Two hundred million years ago the Earth was a world of a kind of terrestrial sea of brown and green. There were plants, but their reproduction was a tenuous game of chance — simply chance. Then flowers appeared and carpeted the world with astonishing rapidity. Once there were flowers, there were fruit and plants could enlist the help of animals in a kind of trade. Animals savoured the sugars in fruit, converted them into energy and proteins, and a new world of warm-blooded mammals came alive. Without flowers, there would be no us.

Darwin could not comprehend how flowers could emerge so suddenly and take over so completely. He called it an “abominable mystery.” But out of that mystery a new world was born, governed by greater complexity and interdependence and animal desire, with the bloom as its emblem of seduction.

In 1866, the young German marine biologist Ernst Haeckel — gave that marvel of interdependence a name: He called it ecology, denoting the study of the relationship between organisms in the house of life.

The simplest possible way of really understanding and learning to respect this interdependence is by watching bees – the perfect functionality of their social structure, their navigation skills, how perfectly they have been put together to survive as a species, how they communicate, how they create so much from so little, how little they waste… 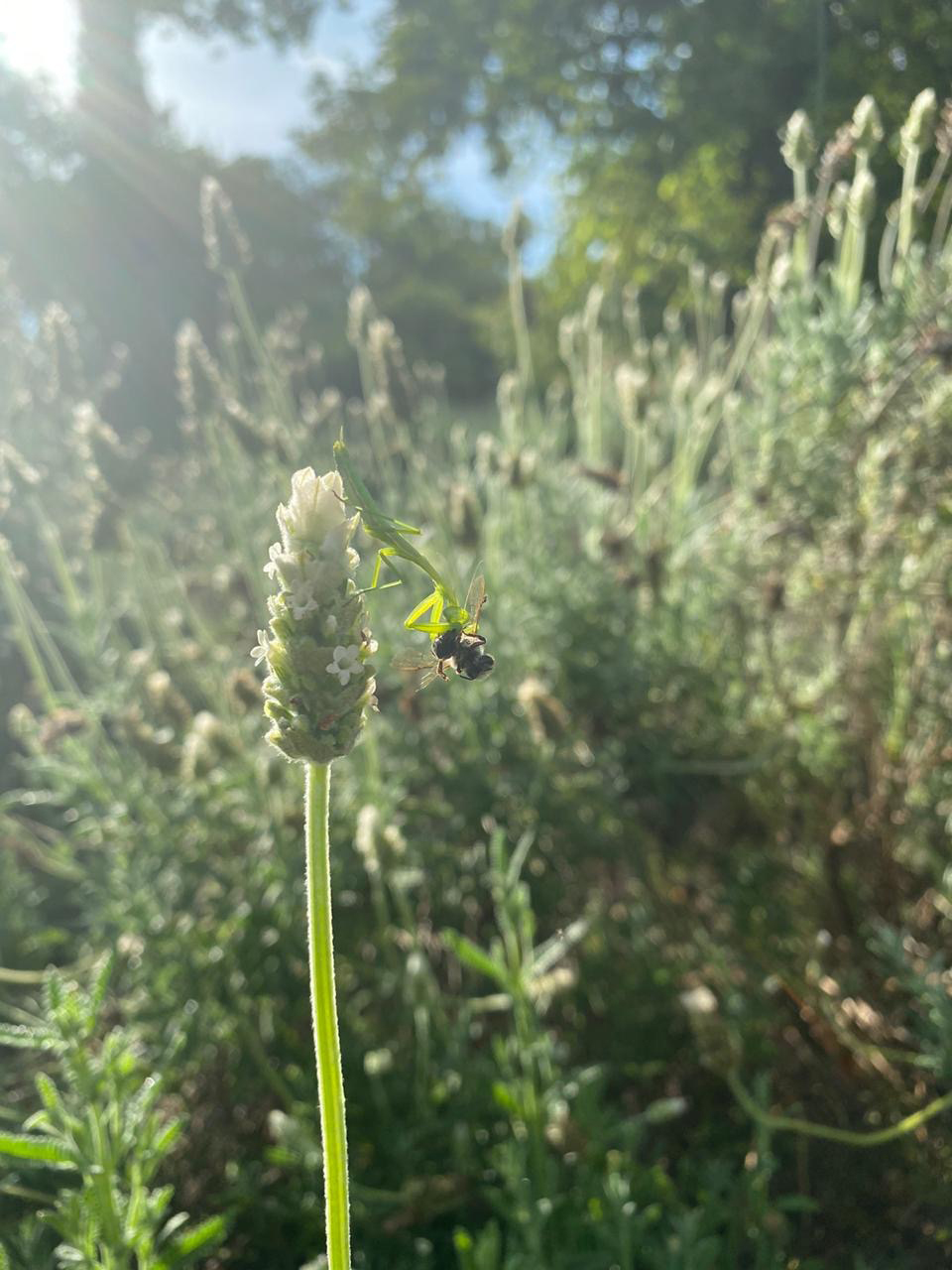 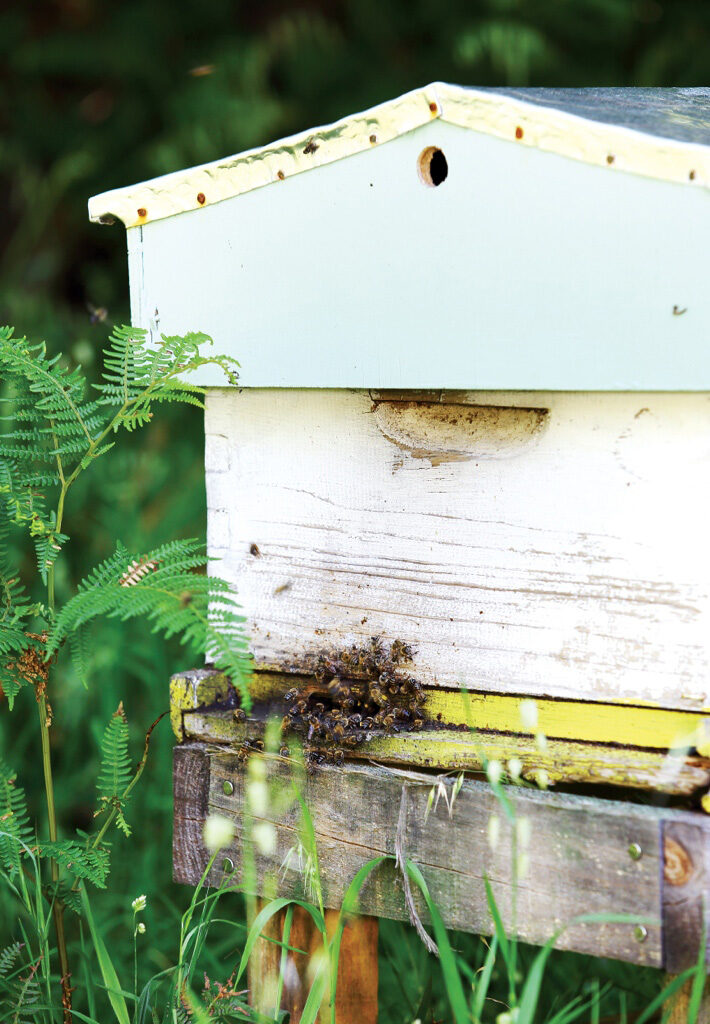 Honey is the third-most faked food in the world, behind milk and olive oil.

Around 4 000 tons of so-called honey is estimated to be imported from China annually – a product that is in fact a blend of sugar and additives such as corn- and rice sweeteners, which is then filtered and heated — with none of the essential antioxidant-, antimicrobial-, and vitamin-rich benefits raw honey offers.

Kleinood’s de Boerin is slowly moving into a new approach to bee keeping and honey production. Our bees have always been part of our every day comings and goings where they are safely nestled in the shrubbery around the dam and vegetable garden. Over the years we have replanted large parts of the garden with indigenous plants to support the bees in their daily collection of nectar and pollen. They are not exposed to sprays, excessive movement or anything that could harm or upset them. We have also kept our hives to the minimum to ensure that there will be enough food for everybody

But then, some times, things happen that make one aware of all the different ways things can be done better.

In January 2022 we, quite serendipitously, met Neil Rusch – geologist, researcher, influential environmentalist, author and bee keeper. This quiet unassuming man, so in tune with nature and committed to understanding the value of each and every component there-of, both historically and scientifically, became our inspiration to take greater care with how and why we do things on Kleinood.

Twenty years ago, “disillusioned with what the agricultural industry imposed on bees by the the regime of poison and mechanical operations”, he sold his apiary of 130 hives. He started looking for a more natural form of beekeeping and researching different forms of bee-housing in accordance with of the world-wide movement towards ‘apicentric’ bee keeping.

He went on to construct hives from the Agave logs in different shapes and sizes and found that these hollowed out stumps “are not only natural and perfectly functional, but exceptionally beautiful objects with their typical distended, indeed pregnant shape, that outwardly suggests the living organism inside.”

In his ‘Honey Song’ paper, Rusch writes that while bees have preferences, they will exploit all sorts of situations for habitation. His philosophy led him to the Agave Americana, a species that was well established in South Africa by the early 1800’s and soon colonised many parts of the country – “so in a way the Agave log hive presented itself.” With inspiration from tree bee keeper and sculptor of the ‘Sun Hive’, Guenther Muncke, Rusch’s unique Agave log hive was born. 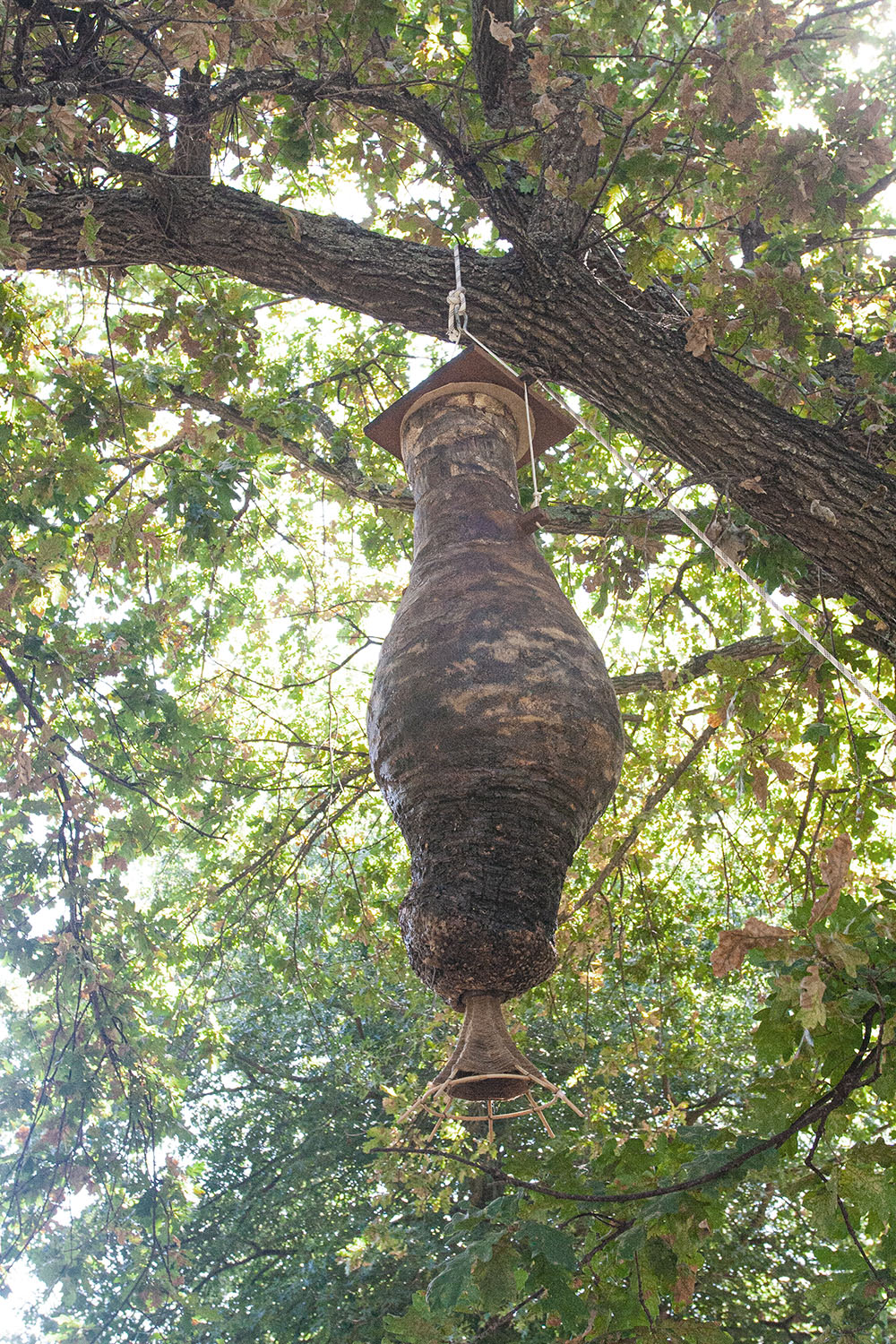 Reaching late his flower,
Round her chamber hums,
Counts his nectars — enters,
And is lost in balms! 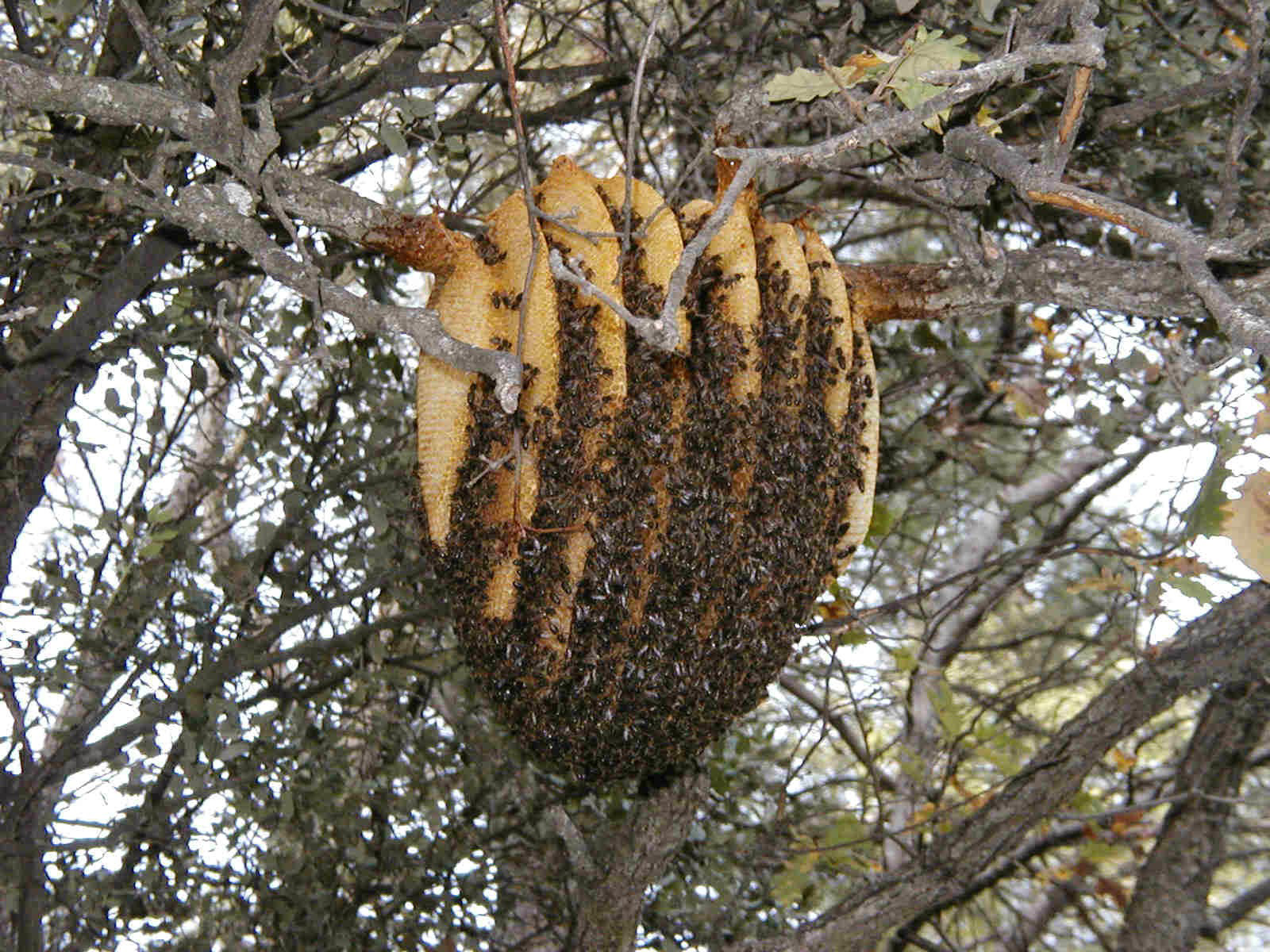 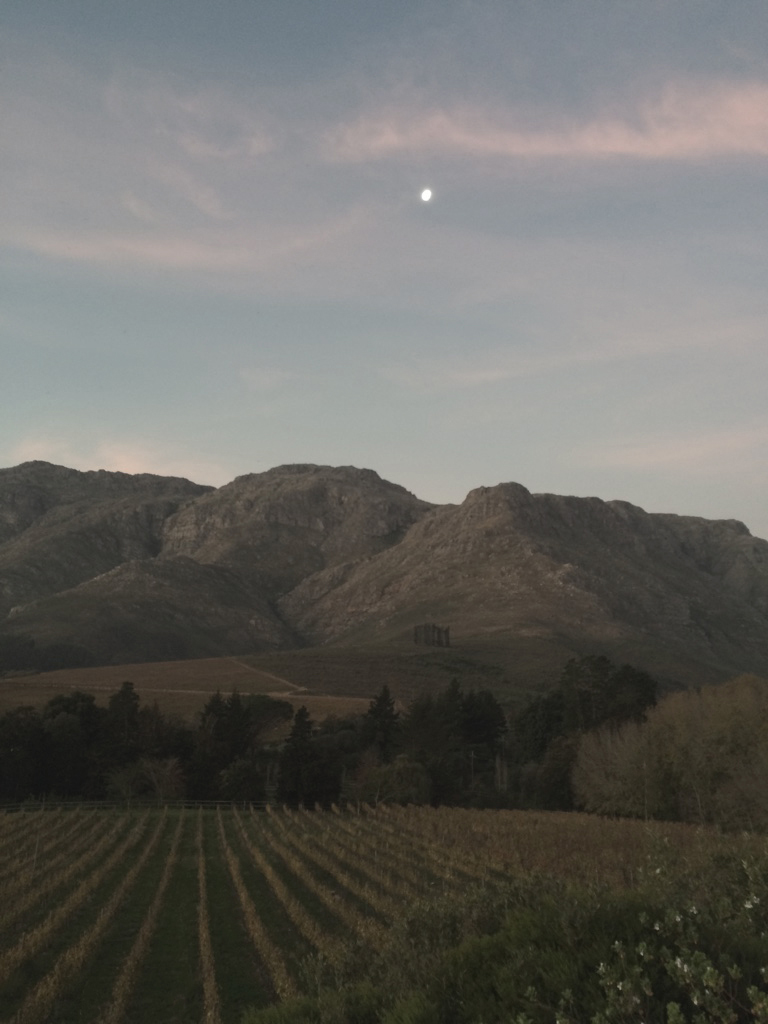 And now, while once again from our safe and beautiful haven, we are looking in total bewilderment and horror at the devastation, fear and human pain in the world around us, we tend to forget how infinitesimally small and inconsequential these human machinations are – evil delusions at most, when scaled against the enormity of human deprivation or the mystery and beauty of the cosmos that happens to house us.

“Meanwhile, someplace in the world, somebody is making love and another a poem. Elsewhere in the universe, a star many fold the mass of our third-rate sun is living out its final moments in a wild spin before collapsing into a black hole, its exhale bending space-time itself into a well of nothingness that can swallow every atom that ever touched us and every datum we ever produced, every poem and statue and symphony we’ve ever known — an entropic spectacle insentient to questions of blame and mercy, devoid of why.

In four billion years, our own star will follow its fate, collapsing into a white dwarf. We exist only by chance, after all.

But until that day comes, nothing once created ever fully leaves us. Seeds are planted and come abloom, generations, centuries, civilizations later, migrating across coteries and countries and continents. Meanwhile, people live and people die — in peace as war rages on, in poverty and disrepute as latent fame awaits, with much that never meets its more, in shipwrecked love.

I will die.
You will die.
The atoms that huddled for a cosmic blink
around the shadow of a self
will return to the seas that made us.
What will survive of us are shoreless seeds and stardust.”

from: Figuring by Anna Popova

Nature, the gentlest mother
Impatient of no child,
The feeblest or the waywardest,—
Her admonition mild
In forest and the hill
By traveller is heard,
Restraining rampant squirrel
Or too impetuous bird.
How fair her conversation,
A summer afternoon,—
Her household, her assembly;
And when the sun goes down
Her voice among the aisles
Incites the timid prayer
Of the minutest cricket,
The most unworthy flower.
When all the children sleep
She turns as long away
As will suffice to light her lamps;
Then, bending from the sky,
With infinite affection
And infiniter care,
Her golden finger on her lip,
Wills silence everywhere. 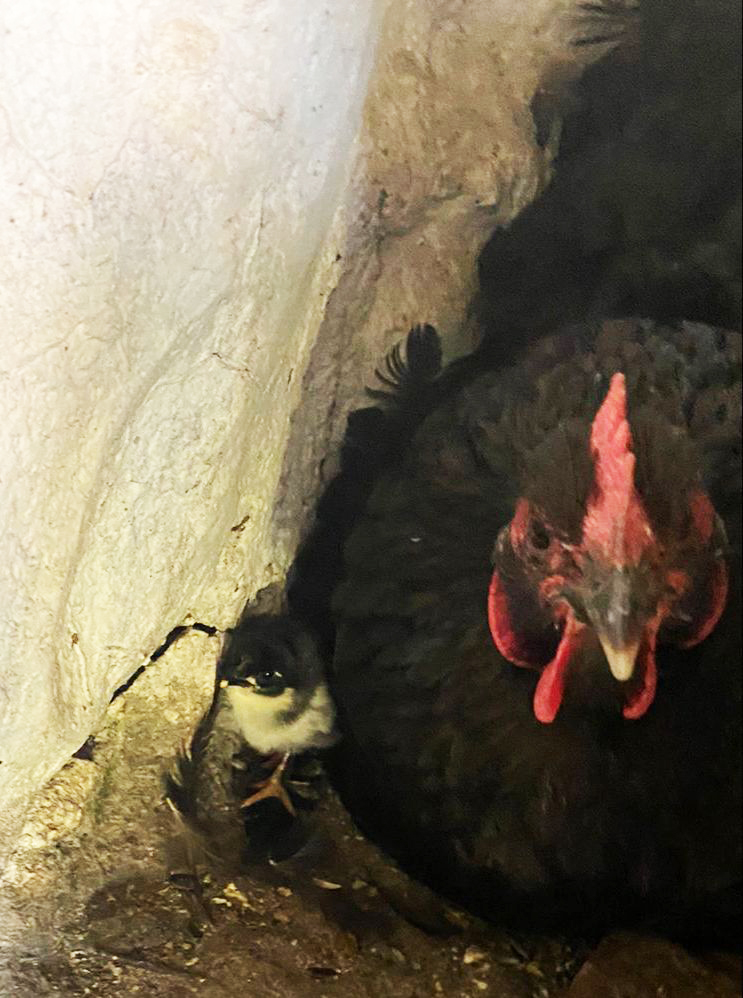 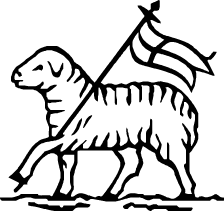 We use cookies on our website to give you the most relevant experience by remembering your preferences and repeat visits. By clicking “Accept”, you consent to the use of ALL the cookies.
ACCEPT
Manage consent

This website uses cookies to improve your experience while you navigate through the website. Out of these, the cookies that are categorized as necessary are stored on your browser as they are essential for the working of basic functionalities of the website. We also use third-party cookies that help us analyze and understand how you use this website. These cookies will be stored in your browser only with your consent. You also have the option to opt-out of these cookies. But opting out of some of these cookies may affect your browsing experience.
Necessary Always Enabled
Necessary cookies are absolutely essential for the website to function properly. This category only includes cookies that ensures basic functionalities and security features of the website. These cookies do not store any personal information.
Functional
Functional cookies help to perform certain functionalities like sharing the content of the website on social media platforms, collect feedbacks, and other third-party features.
Performance
Performance cookies are used to understand and analyze the key performance indexes of the website which helps in delivering a better user experience for the visitors.
Analytics
Analytical cookies are used to understand how visitors interact with the website. These cookies help provide information on metrics the number of visitors, bounce rate, traffic source, etc.
Advertisement
Advertisement cookies are used to provide visitors with relevant ads and marketing campaigns. These cookies track visitors across websites and collect information to provide customized ads.
Others
Other uncategorized cookies are those that are being analyzed and have not been classified into a category as yet.
SAVE & ACCEPT
Powered by